Gunfire during which eight people were slain only came from troops, investigation by church, rights groups claims

Eight tribal people, who reportedly died in an armed clash with Philippine troops in Mindanao last month, were killed in a massacre, according to an independent investigation conducted by the Philippine church and human rights groups.

In its report, the fact-finding mission rejected claims made by the military that the victims were communist guerrillas who died after an armed encounter with troops near Lake Sebu town in South Cotabato province on Dec. 3.

Dr. Benito Molino, a forensic expert who was part of the investigation, said at least 300 empty and live shells from M14 and M16 rifles were recovered from various sites where soldiers apparently fired their weapons.

“Based on physical evidence … it appears that there was no clash,” said Molino.

Lita Wali, sister of slain tribal leader Victor Danyan, said all the gunfire came from the soldiers. “We heard gunshots and my brother rushed out to see what’s happening,” she told members of the fact-finding team.

“He was gunned down. There was no exchange of gunfire,” said Wali. She admitted, however, that her brother was carrying a homemade gun.

Sister Susan Bolanio, executive director of the Oblates of Notre Dame’s Hesed Foundation, said Danyan was the target of the attack for being vocal in a tribal people’s claim over a contested piece of land.

“He was deliberately targeted to silence dissent in the area,” said the nun whose foundation has helped organize local tribal communities against mining and logging incursions into tribal lands.

Danyan was chairman Tamasco, a tribal group formed in 2006 to reclaim 1,700-hectares of ancestral land that was planted with coffee by an agri-industrial company.

The organization was also protesting the entry of coal mining operations on their ancestral land.

The villagers have since fled to nearby areas.

“We will continue the fight to reclaim our ancestral land even with the death of my father,” said Danyan’s daughter, Tarcela, who was also the wife of Pato Ceraldo. “Right now, we want justice for all the victims,” she added.

The military, however, claimed that the Dec. 3 encounter resulted in the taking over of the “largest [communist] guerrilla base” in the area.

Military spokesman Captain Arvin Encinas, said a firefight erupted around noon of Dec. 3 when communist fighters opened fire on patrolling soldiers near a “terrorist cave hideout” in the village of Datal Bonlangon.

The firefight also resulted in the wounding of five tribesmen, including an eight-year-old child, and the displacement of at least 200 villagers.

Members of the independent fact-finding mission have issued a statement calling on the Philippine government to conduct a thorough probe into the incident and for the military to withdraw troops in the area. 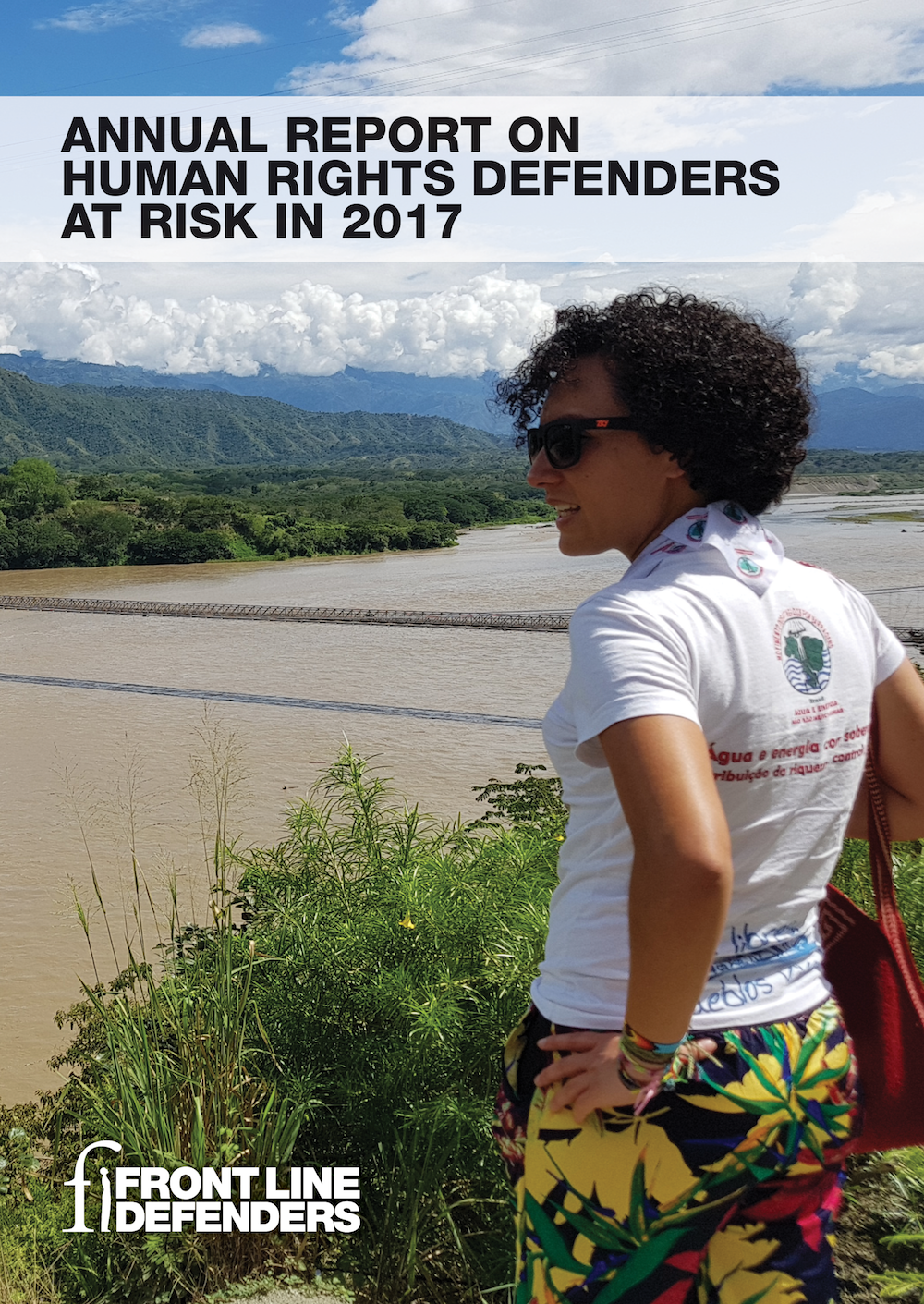 The Russian historian Arseny Roginsky, who has died aged 71, made it his mission to record and recover the names of the millions who had been imprisoned or executed under Joseph Stalin and subsequent Soviet leaders. In 1988 he helped to found Memorial, one of the first independent human rights organisations allowed to be established after Mikhail Gorbachev started to liberalise Soviet politics.

A soft-spoken scholar of great intellectual courage, Roginsky argued that remembering the past with empathy and accuracy was crucial to the construction of a civilised society. It was not enough to build monuments. Every persecuted individual’s fate had to be discovered and made known.

The impetus for his life’s work came partly from his own family history. Roginsky’s father, Boris, an electrical engineer and Talmudic scholar from Leningrad, was twice arrested and sent to labour camps. On his first release he was confined to internal exile in the remote northern village of Velsk in the Archangel region, where his son Arseny was born.

Re-arrested, Boris Roginsky died in detention in 1951 but it was not until 1955, when Arseny was nine, that his mother was informed her husband was dead, allegedly of a heart attack. For four years she had continued to send him food parcels without being told it was a waste of time and resources.

Arseny studied at the University of Tartu in what was then the Soviet republic of Estonia. He graduated from the history and philology faculty in 1968, the year in which Soviet tanks and troops invaded Czechoslovakia to crush a movement trying to reform communism. It was a formative experience which also radicalised several intellectuals who later became Gorbachev’s leading advisers. One of Roginsky’s classmates was the poet Natalya Gorbanevskaya, who was arrested for demonstrating in Red Square against the invasion.

Roginsky described himself later as a child of 1968. Less provocatively than Gorbanevskaya, but equally bravely, he moved to Leningrad and started interviewing survivors of the labour camps and creating an archive on the pattern of what the writer Alexander Solzhenitsyn was doing separately for his book The Gulag Archipelago. Roginsky’s official jobs were as a bibliographer at Leningrad’s main public library and a teacher of Russian language and literature in evening schools. In his spare time he founded an underground group called Memory (Pamyat), and from 1975 to 1981 edited its collections of historical works. They were circulated privately and illegally in what was known as samizdat (self-publishing), and from 1978 they were smuggled out of the Soviet Union and published abroad.

The KGB searched Roginsky’s flat in February 1977 and again in March 1979. Although they found nothing, he was fired from the evening school where he taught. Two years later he was offered the choice of forced emigration or detention. He chose the latter and was sentenced to four years in camps for “the production and sale of forged documents”, and “for transferring materials abroad to anti-Soviet publications”.

On release he found himself swept up in the liberalisation of the media and the lifting of censorship – glasnost – ordered by Gorbachev. A longtime admirer of Russian radicals from the 19th and early 20th century, such as the People’s Will movement and the largely rural Socialist Revolutionaries, Roginsky compiled a book in 1989 called Memories of Peasant Tolstoyans, the 1910s-1930s.

As glasnost accelerated, his academic work soon took a back seat to public organising. Roginsky joined with friends, including the physicist Andrei Sakharov, in creating Memorial, known officially as the Historical and Educational, Human Rights and Humanitarian Society, Memorial. From 1998 he was chairman of its board. Memorial had many achievements. Apart from getting a monument to repressed Soviet citizens erected near the KGB’s headquarters in Lubyanka square in 1991 (a massive piece of stone from the Solovetsky islands, where several camps used to be located), Memorial helped to discover numerous sites of mass graves of repressed citizens in and around Moscow and other cities. But its wish for the state to create a publicly funded library and archive of repression and government-sponsored crimes has never been fulfilled.

Under Vladimir Putin’s more authoritarian leadership, several Memorial branches in different Russian cities were raided and the organisation was forced to register as a “foreign agent” in 2014 because it received funds from abroad – a step described by Roginsky as a “huge blow”. But, in a sign of the complexity of current Russian politics, Roginsky took a seat on the presidential commission overseeing the building of the Wall of Sorrow, a massive monument to victims of Soviet repression. Putin unveiled it in October. Although some human rights activists called Putin hypocritical and sneered at the project, Roginsky welcomed it. “A monument on behalf of the state is necessary because the state must clearly say terror is a crime,” he told a Russian news website.

Taken ill a year ago, Roginsky moved to Tel Aviv for cancer treatment, and retreated from public activity.

He is survived by his second wife, Yekaterina, and their son, Aleksandr, and two children, Boris and Asya, from his first marriage, which ended in divorce.

All his life Arseny Roginsky worked relentlessly to preserve the memory of victims of political terror in the Soviet Union. One of his last projects called “the last address” consisted in putting memorial signs on buildings in Russian cities indicating the names and personal information of persons who had been living there and who were arrested before disappearing in Soviet camps.

Front Line Defenders would like to convey its sincere condolences to the family, colleagues and friends of Arseny Roginsky.

You can read the original article here