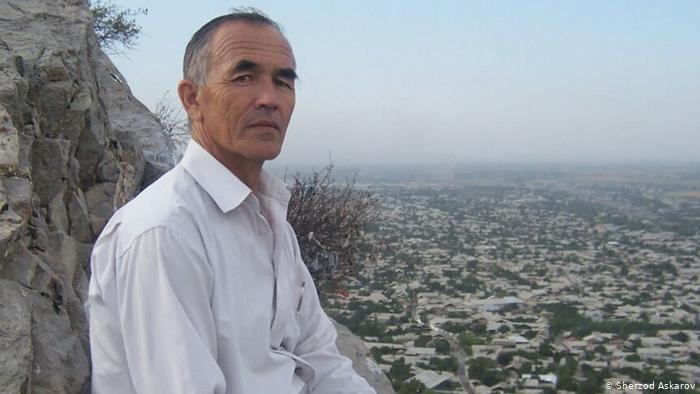 Azimjan Askarov was a prominent human rights defender in Kyrgyzstan who worked for twenty five years documenting human rights abuses in the country before his arrest and sentencing to life imprisonment on baseless charges in 2010.

On 25 July 2020, he died at penal colony №47, after being transferred there just one day before. He had been sick for two weeks prior to his death and denied adequate medical treatment at penal colony №19, where he had been detained since March 2019. His lawyer Valeryan Vakhitov managed to visit him on 22 July 2020 and reported on his critical condition.

Kyrgyz human rights defenders demanded access for independent professional doctors to the colony to examine and treat Askarov, but this access was denied. It is widely contended that the prolonged ill-treatment Askarov endured in prison, coupled the poor prison conditions and the denial of adequate medical treatment directly attributed to his death.

The following is an account of Azimjan Askarov’s case via Front Line Defenders.

In 2002 Azimjan Askarov founded the human rights organisation Vozdukh (Air), which investigated cases of police abuse, the ill-treatment of prisoners, and the notoriously poor prison conditions in Kyrgyzstan. This work eventually made him a prominent target for the authorities he criticised.

In June 2010, tensions between ethnic Kyrgyz and ethnic Uzbeks turned into violent clashes in the south of the country. In response, Askarov, a member of the ethnic Uzbek minority, documented information on who had been killed or injured during the clashes. According to the Jalalabad-based human rights organisation, Spravedlivost (Justice), Askarov’s evidence included video footage of the violence which showed police officers failing to intervene, a fact of which the police were aware.

On 15 June 2010 Askarov was arrested in Bazar-Korgon in connection with an incident of violence in the area which had resulted in the death of a police officer. He was charged with several offences under the Criminal Code of Kyrgyzstan including: hostage taking, illegal acquisition and storage of ammunition, storage of extremist information, inciting ethnic hatred, rioting, participation in murder, and participation in the murder of a policeman.

No credible evidence was presented against him. Askarov’s lawyer, Nurbeck Tokaktunov, was denied access to him before the trail and he was refused permission to see his defence in private for approximately two months. In addition to being attacked when attempting to visit Askarov, Tokaktunov also received a number of death threats.

The Kyrgyz Human Rights Ombudsman Mr Tursunbek Akun, who carried out a parallel investigation, said that there was no evidence to link Azimjan Askarov to the crime, and that the charges against him were clearly politically motivated.

It is widely agreed that Askarov’s documentation of police responses to the violence, the fact that he is a member of the ethnic Uzbek minority and the fact that he had previously taken cases against corrupt police officers were the motivations for his arrest.

Between December 2012 and February 2013 Askarov’s lawyers travelled to the village of Bazar-Korgon, where they identified seventeen independent witnesses whose testimonies proved his innocence. However, as a result of the threat of violence and intimidation, the defence felt unable to bring these witnesses to the trial.

During the trial, members of the public threatened the defendants and their lawyers, and Askarov showed clear signs of having been tortured while in custody. Askarov also gave evidence of having seen other prisoners being tortured to force them to give evidence against him. These allegations of torture were never investigated. Following an unfair trial, marred with irregularities, the human rights defender was sentenced to life in prison. This sentence was upheld on appeal, including by the Supreme Court.

“I told the judge that I was tortured while in detention, but the judge signed a sanction for my continued detention. They asked me if I had any heart problems. They told me that they would beat me so hard that no one would ever hear from me again or I could refuse the medical exam… which I did.”

US actor and activist Martin Sheen, reading a letter from Askarov at the Voices from the Front Line production, at Vicar Street Theatre, Dublin, Ireland in December 2012.

On 21 April 2016, the UN Human Rights Committee (UNHRC) called on the Kyrgyz authorities to release Askarov and to quash his conviction. According to the UNHRC statement, Askarov was arbitrarily detained, held in inhumane conditions, tortured, mistreated, and unable to get proper treatment for serious medical conditions. Authorities also failed to carry out an immediate, effective and impartial investigation into Askarov’s allegations of torture. Both the OSCE’s Office for Democratic Institutions and Human Rights and the European Union’s External Action service also called repeatedly for Askarov’s release.

Askarov was awarded the U.S. Department of State Human Rights Defenders Award 2014. At the ceremony, from which Askarov was absent as he continued to be imprisoned in Kyrgyzstan at the time, then US Deputy Secretary of State, Anthony J Blinken, stated;

“It was not enough to sound the alarms. He also wanted to help heal the nation’s wounds by encouraging reconciliation between Uzbeks and Kyrgyz. For his work during this crisis, a time when his nation needed him most, he was arrested, subjected to harsh mistreatment, judged in a trial rife with procedural irregularities, and sentenced to life imprisonment, where he remains to this day. Many would have given up then and there. Many would have been broken. Not Askarov.”

Sector or Type of Rights the HRD Worked On:Civil and Political Rights