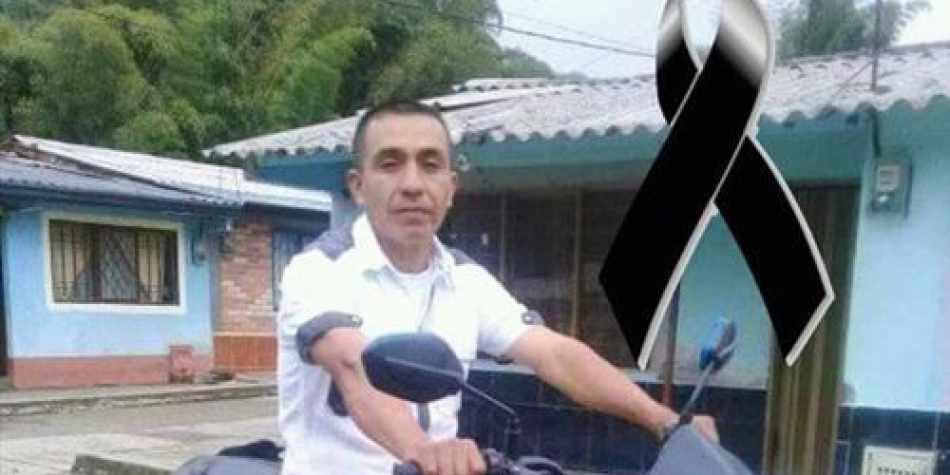 Belisario Benavidez Ordóñez (35) was killed in the evening of the 30th of March 2018, in the Santander district, Rosas municipality, in the south of Cauca.

Belisario was a recognized social leader and a human rights defender in the region.

On the night of the murder he left his house with two young people and was shot several times by unknown men on motorcycles. He died on the spot.

Belisario was a member of the La Mesa de Victimas in the Rosas municipality. He had moved there from Patía municipality due to spreading violence in the region. Together with the local mayor, he  had coordinated the commemoration of the International Victims Day.

He left behind a family of 3 and his youngest son, 3 years of age, had witnessed the shooting.

In June 2018 police captured one of the two killers, José Alexander Hernández. He was captured in the Popayán municipality, while trying to get to get to another part of the region.

The police considered various hypotheses, but the most probable one seems to be connected with a complaint Belisario regarding suspected illegal drugs trafficking. The authorities are yet to determine whether the shooting was orchestrated by a organisation or an individual.