The ancestral communities of the south of Nariño have condemned the killing of the governor-elect and the senior leader of the indigenous community Palmar Medio Imbi, south of Nariño. In the face of constant threats, they ask that the government of Iván Duque listen to them and guarantee them protection.

The two indigenous leaders, father and son, were executed in a different place, but on the same day. Héctor Ramiro García, leader and founder of the Camawari organization, was murdered in a house of the indigenous guard, in the village of Palmar, about 300 meters from where another man shot his 28-year-old son, Braulio Arturo García Guanga. newly elected indigenous governor.

The events occurred on December 1, but the full history of this episode of violence has a background related to territorial control exercised by ancestral leaders. To date, so far in 2018, in the south of Nariño, 34 Awá community members have been murdered, including children, women and traditional authorities. This information has been provided by some indigenous spokesmen in the area, whose names have been withheld because of the ongoing threats to their safety. 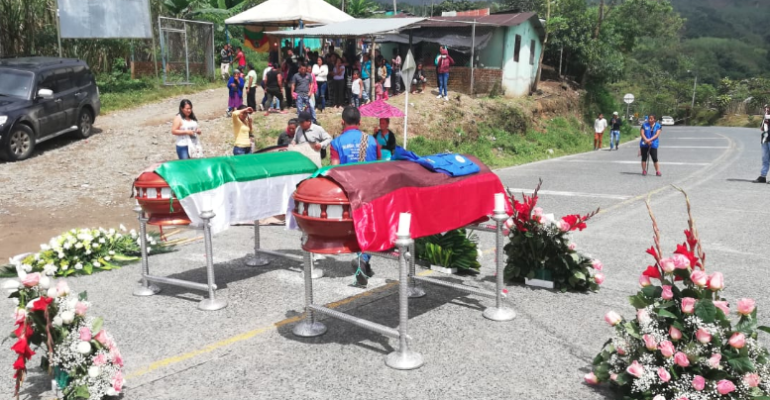 This Tuesday, after the coffins of the leaders arrived at the municipal seat of Ricaurte (Nariño) and were installed on the road between Pasto and Tumaco for their wake, there was a call from strangers threatening other community leaders The community immediately alerted the representatives of the Cabildo Mayor Awa de Ricaurte (Camawari), who immediately denounced the facts.