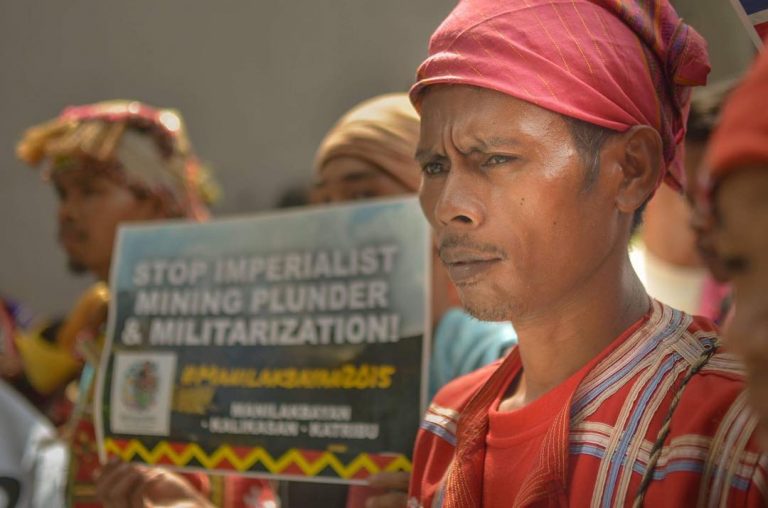 Datu Kaylo was a member of the National Council of Leaders of Katribu, a Manobo tribal chieftain in Talaingod, Davao del Norte, and a well-known Lumad leader of the Salugpongan community organization. He was also the Deputy Secretary General of PASAKA – Confederation of Lumad in Southern Mindanao.

Datu Kaylo is the 60th victim of extrajudicial killings among indigenous peoples under the Duterte regime. To justify the killings, the state military forces tag their victims as combatants of the New People’s Army (NPA).

Serving his fellow Lumad, Datu Kaylo was looking into the situation of the Manobo-Lumad communities who were victims of perennial internal displacement when he was killed by state military forces. As a lumad leader, Datu Kaylo was concerned about the plight of the Manobos who are scattered around various communities after Talaingod was hit by successive operations and bombings there and in Bukidnon.

These Lumad communities from Talaingod sought refuge in Kitaotao, Bukidnon due to the intense military operations and bombings in their ancestral domain that gravely affected their safety, livelihood, and way of life.