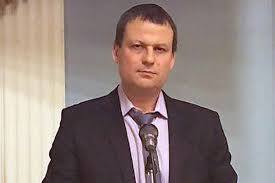 A Russian anticorruption activist has died after being attacked by masked assailants wielding bats, colleagues and law enforcement authorities say.

A man was severely beaten late in the evening on February 11 in the village of Vingradovo and died in the hospital hours later, the Investigative Committee said.

A colleague identified the victim as Dmitry Gribov, leader of a branch of the Center for Action Against Corruption in the Moscow Oblast, which surrounds the capital.

Viktor Kostromin, chief of the NGO’s Moscow branch, said he believes Gribov was attacked because of his efforts to fight corruption.

“I consider the crime to be connected to Gribov’s public and anticorruption activities,” Kostromin said.

He said that hours before the attack, Gribov had attended a hearing at a local court that has been handling a case involving a previous attack on the activist.

Activists and journalists who seek to uncover corruption among Russian authorities at all levels face major risks. Many have been attacked and maimed or killed.

The Investigative Committee said it opened an investigation on suspicion of “the premeditated infliction of serious harm to a person’s health, causing death.”

It said a preliminary investigation revealed that two masked attackers beat the man, probably with bats, and fled the scene. It did not identify any suspects.

“The victim was hospitalized, but despite the efforts of medical personnel, the man died in the hospital,” the committee statement said.

Gribov, a trained lawyer, had worked at the Center for Action Against Corruption for four years, Kostromin said.

Organisation:Center for Action Against Corruption