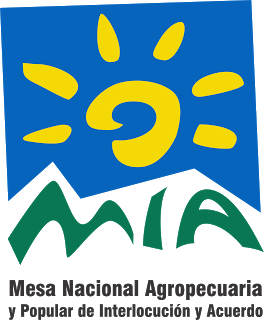 Doris Vallejo was a community leader at the department of Chocó, and member of the Mesa Nacional de Interlocución y Acuerdo-MIA, an organization that the previous year had led protests–including a national agrarian strike–pushing for a long list of agricultural conditions for peasants throughout the country, most of whom are indigenous and Afro-descendants.

The Mesa spoke up against eradicating of illicit crops and sought a reduction in and control of fuel, fertilizer and insecticide prices. It also demanded an end to the import of food and agricultural products.

Vallejo was also known for being the partner of community leader, Giovany Leiton, also a member of the Mesa and president of the village council in Zabaleta. They were both spokespersons for the political and social movement Marcha Patriótica (Patriotic March), a leftist organisation that in just its first two years of foundation had already seen the murder of more than twenty of its members, as reported by former Senator Piedad Córdoba to Semana.

Vallejo and Leiton were found dead with signs of torture at their home in San José del Palmar, on January 4, 2014.