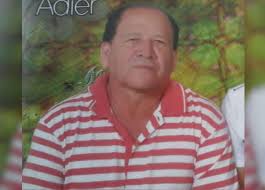 Jesús Adier Perafán was a social leader and citizen inspector of the Caicedonia municipality, as well as the founder of the Courage Caicedonia (Coraje Caicedonia) political organisation and president of the Community Action Board (Junta de Acción Comunal) of the Valle del Cauca neighbourhood. On 1 January 2019, he was shot at repeatedly while he was at the grocery store by unidentified armed men, who subsequently escaped on motorcycles. Jesús Adier Perafán was taken to the Santander de Caicedonia Hospital, where he died of his gunshot wounds. The investigations are facing difficulties due to the lack of witnesses to the attack.