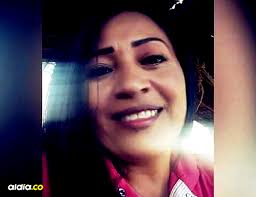 Juana Almazo Epiayu, 40, belonged to the Wayuu Community in La Guajira, Colombia. She was the mother to eight children and a respected teacher in the Camino Verde Educational Institution.

Concern for Juana grew when she left for work in Uribia but failed to show up in the afternoon and the following day. Her family began their own search at first and reached out on social media for any information on their mother’s whereabouts. Eventually they turned to the authorities when they were unsuccessful.

On 23 September 2017, Her body was found by workers in the village of El Pájaro. It is not known exactly how she was killed as her body was in such a state of decomposition and had been picked at by birds and other animals. According to her daughter Alison Almazo, Juana had been threatened in the past and feared for her life. The family have no clear idea about who murdered her as it is extremely unusual for a woman in the Wayuu community to be targeted.