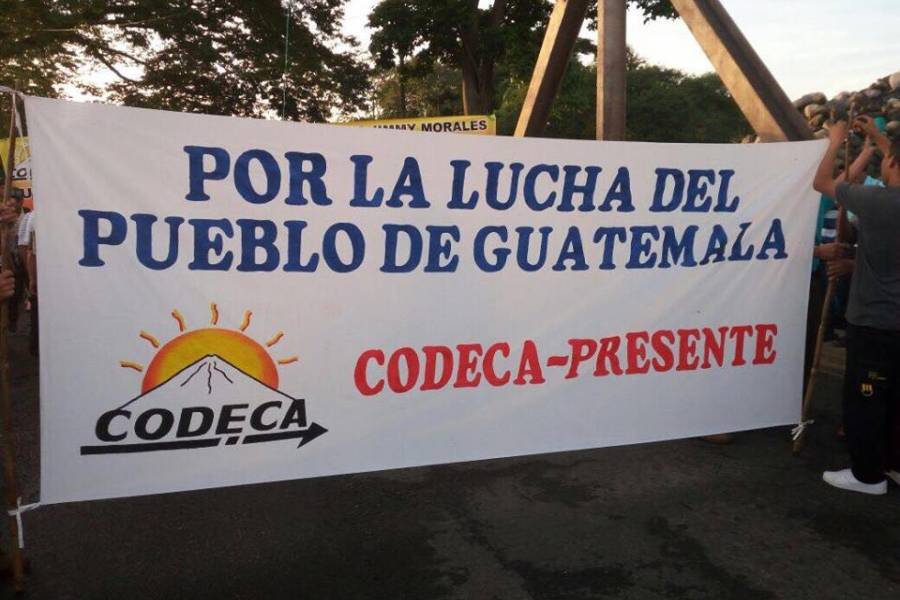 Isidro Pérez Pérez, 85, and Melesio Ramírez, 70, both CODECA (Peasant Development Committee) community leaders, were murdered on the Nuevo Edén farm on 5 July 2019 during a peaceful protest in defence of the right to land.

According to witnesses, “we were all there when, without warning, 15 armed men appeared and started shooting, killing the two human rights defenders and scaring the people away, we ran away with our children and family for fear that they would kill us”.

In a statement CODECA said, “This act is added to the repression that sectors of economic power and organized crime, supported by repressive state forces, maintain against our organization in an attempt to halt the advance of the fight for the defence of human rights”.

“Despite this repression and criminalization, our fight continues and becomes stronger. We need to build a Popular and Plurinational State that responds to the needs of all the people. The right to land is a fundamental right”, the organization added.

The Peasant Development Committee, which was founded in 1992 to advocate for land rights and now also advocates for the nationalization of electric energy and the defence of indigenous lands, formed a left wing political party in 2016 when the current president Jimmy Morales took office. The organization has denounced the president and demanded his resignation since he came into power.

From CODECA, which has denounced the murder of more than 10 of its member in the last year, has emerged the Movement for the Liberation of Peoples (MLP) Party. The MLP party participated in the general elections for the first time last year and its candidate, the indigenous leader and human rights defender, Thelma Cabrera finished in 4th place in the presidential election.