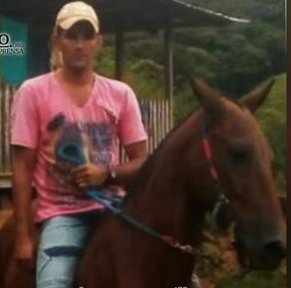 On 03, September, 2018, at approximately 5:30pm, Norberto Alonso Gutiérrez Ramírez, was murdered. He was a community leader who occupied the post of president of the “Junta de Acción Comunal de la vereda La Envidia”, located in Tarazá municipality, Antioquia region.

Sources state that unknown gunmen burst into his house and opened fire against the community leader.

Norberto was part of the programmme of “Sustitución de Cultivos Ilícitos”. Police spokesman, Daniel Mazo issued a statement emphasizing the dangers created by the struggle for control of the drug trade between the Julio César Vargas unit of the  “Autodefensas Gaitanistas de Colombia, AGC,” and the  Virgilio Peralta Arenas section of “los Caparrapos”.

According to the news agency “El Nuevo Siglo”,  the United Nations Office reported 285 attacks against human rights defenders. The government of Colombia has claimed success in an increased number of cases, but in practice, the vast majority of these cases remain unresolved.